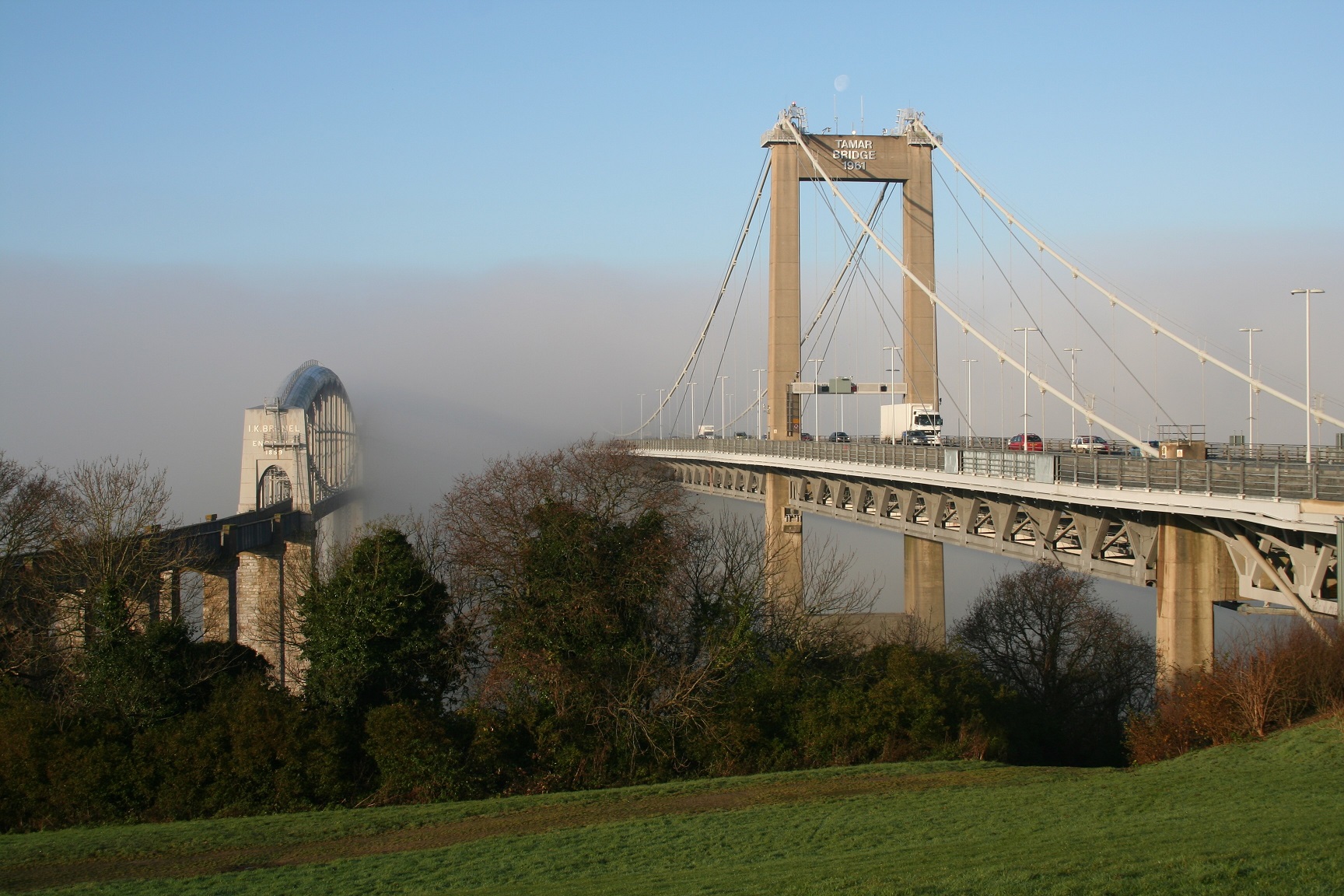 We've a series of free workshops and lectures brought to you live from the Bridging the Tamar Visitor and Learning Centre.

Join us on Zoom for a series of free workshops and lectures brought to you live from the Bridging the Tamar Visitor and Learning Centre.  Why not join one of the creative workshops and create a unique work of art, or write poetry inspired by the beautiful setting of the River Tamar and bridges. You can also find out more about the history of the Tamar crossing and surrounding area by joining the fascinating history lecture.

Click on the course title to learn more and to book!

Wednesday 12th January, 1pm
Tamar Bridge Live: Poetry Workshop - River Poems
Join us on Zoom for this free online activity, which is brought to you live from the Tamar Bridge.  This session will take place in real time: the WEA tutor will lead you through some fun writing exercises and share examples of river inspired poetry to get you started. Create your own poems inspired by the beautiful Tamar Bridge view and plan your next visit to the Tamar Bridge Visitor and Learning Centre.

Wednesday 19th January, 1pm
Tamar Bridge Live: Lecture - River Tamar at Saltash
Join us from the Tamar Bridge live as we start to celebrate the 60th anniversary of the Tamar Bridge. We will look at how there came to be a road bridge at this point, the planning and the construction.  This bridge is of vital importance to the communities that live either side of the river.

Wednesday November 17th, 12:!5pm
Rendle’s Floating Bridge
Delivered by Mark Tebbs, Bridging the Tamar Visitor Centre Heritage Officer
Before the age of the railways the Tamar had been crossed via various ferries, a trip where you took your life in your own hands. That was until James Meadows Rendle devised a method for crossing using steam.

Wednesday December 1st, 12:!5pm
Contemporary Photographs of the Royal Albert Bridge
Delivered by guest speaker Gloria Dixon, Bridging the Tamar Visitor Centre Volunteer
In an age when photography was new Brunel engaged a photographer to record some of his exploits, including the construction of the Royal Albert Bridge. However, keen photographers of the day, who had embraced the new art form, used a variety of methods to get some quite extraordinary images.

Wednesday December 8th, 12:15pm
The Great Way West: Brunel’s West Country Railway from Paddington to Falmouth
Delivered by guest speaker Tom Bowden AMICE, Bridging the Tamar Visitor Centre Volunteer
Join Tom on a whistle stop tour, starting in Bristol we discover how Brunel eventually got his railway into Paddington. We will follow the route to Exeter, along the ‘atmospheric’ sea wall to Plymouth eventually crossing the Tamar into Cornwall.