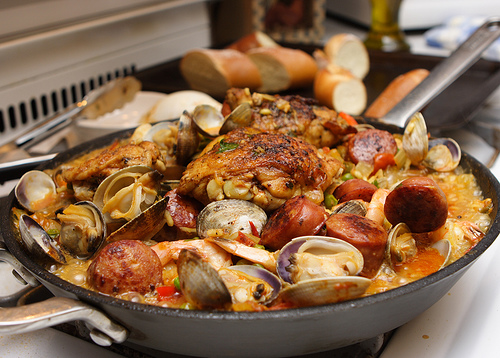 Newcastle University Computing Science department received an Erasmus Plus grant of €323,886 for the Linguacuisine project, which started on 1 September 2016.

The project created downloadable smartphone and tablet apps that enabled users to be guided through cooking a range of recipes in 6 different European languages. The phone or tablet speaks to the users in the foreign language and offers multimedia help in the form of photos and videos. Users are able to set the app to their language level and will let the phone or tablet know when they are ready to move to the next step.

The main aim is to create a sustainable model for the production and use of multimedia materials for learning languages, cuisines and cultures based on user-generated content. Working with Action Foundation in Newcastle and the WEA, the project took 20 participants who wanted to improve their digital skills, including migrants and refugees. Volunteers were provided with digital, transferable and language skills.

The project addressed some key needs including improving basic skills, increasing digital competence, and engaging people (including refugees and migrants) with technology. The project allowed participants to gain certification in digital competence and the opportunity to learn foreign languages, cultures and cuisines.

Linguacuisine is available now as a web app from the project website, where the online community is also located. The player is available as freely downloadable Apple and android versions.

Find a course - please include a postcode or town